Photographs were obviously very important to my family. The old photos on the Hawkesbury River were obviously taken on a black and white film camera. The film would have to be taken back to Sydney for developing and printing. It is amazing how many of these early pictures, many from the early 1930s, have survived. Olden Times shows a few of them. I don’t know what camera they used in those times but it took pretty good pictures.

My father imported various luxury goods such as watches and jewellery after World War 2 and he also bought some cameras from his European contacts – I remember a Leica and a Voigtlander. I still have the Voigtlander in storage somewhere although I don’t know if it is still functional. I think it was a Bessamatic, it came with the brown leather case. He took many photographs on it – this would have been in the late 1940s. 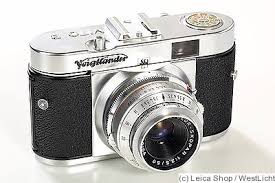 My first camera was a Box Brownie, which I received for my eighth birthday and was very proud. The cost of developing and printing was high and I was told to only take pictures of really important things. These included other family members, views of the Hawkesbury River, and my pet animals. I still have a collection of prints mostly taken from 1953 to the early 1960s. 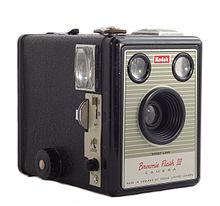 My attitude towards photography – something to be treasured and not squandered, only important pictures to be taken – was clearly formed then and I haven’t cast it off today. I hate having thousands of second rate digital pictures everywhere and try to delete anything I don’t like as soon as possible after I have taken it.

I don’t remember doing much photography during my high school years. I was obsessed by painting then, and worked on oil portraits and landscapes. I tried to leave school when I was fifteen and got a great job as assistant to a professional photographer in Crows Nest. But my mother insisted that I go back to school, so I reluctantly left that job and this led to the whole of the rest of my career. If I’d been allowed to stay with photography then my whole life would have been different.

I met my first husband when I was eighteen. He was an ardent photographer and took endelss photographs including many of me when I was pregnant. I wasn’t wearing many clothes in those shots and although I still have them my family is desperately embarrassed by them and want never to see them.

I started at Sydney University in 1962 when I was just eighteen and began almost by accident in anthropology. I did so well in anthropology that I went on to do postgraduate study in northeastern Arnhem Land. My husband insisted that I take a camera and use it as much as possible to document my study. So I was introduced to the most amazing camera, an Olympus Pen Half-Frame. 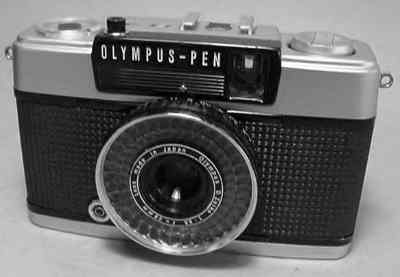 The half-frame format meant you could take double the number of shots on a single roll. Again, all the film had to be sent for processing either to Darwin or Sydney. I took some fabulous shots on that camera of Aboriginal people, mostly mothers and children, during their everyday lives on the settlement and in the bush. It was a fixed focus wide lens but still took great shots up close to people. I have lost all the negatives but kept a bound volume of the best photographs blown up to a 10 x 14 size in glossy black and white. I also took a lot of colour slides there. I think I was working on a K1000 Pentax.

For more study a few years later I went to live in an Aboriginal community in Central Australia. By this time I didn’t have the Olympus Pen – I don’t remember what happened to it. Now I was using colour slide film exclusively. I still have countless boxes of those slides, mostly unsorted. It was so hard filming in colour in the desert. The temperatures went above 40 degrees regularly, the film had to be kept in the kerosene fridge in a caravan annexe, the light in the desert was so extreme. Everything had to be done manually, of course, there were no automatic settings. The photography in remote Australia taught me two things: firstly, how to make very quick adjustments to aperture and speed, and secondly, how to take all shots as quickly as possible. The necessity for ultra-violet filtering was obvious.

Ethnographic photography has a long history in Australia. Donald Thompson’s photographs of Arnhem Land are spectacularly good. In the photo below, taken by an unknown person, Thomson appears with a group of Yolngu in the 1920s. The problems of filming in black and white in a hot climate on plate film must have been horrendous.

But for my purposes it was not possible, or desirable, to set up shots, use tripods, or do anything which drew attention to the fact I as taking photographs. Everyone knew I was taking them, it wasn’t a secret, but it was imperative that I be able to take a picture at whatever moment something was happening. You couldn’t wait around to reframe your shot when someone was catching a tortoise in a billabong or digging out a witchetty grub. You were just there observing and your camera was there as an extension of you.

Sometime after this I was again working in Central Australia but this time I had a better more recent Pentax. I lost interest in colour slides and went to colour print film pretty exclusively. Later, I was travelling in Europe, South Africa and Southeast Asia and still have hundreds of prints from that time. Again, managing the negatives became really difficult. Many boxes of film and negatives were lost when in storage in a garage. In the early 1980s I started shooting video in Thailand and only rarely used still film for many years after that.

However one I started back in oil painting as part of my Advanced Diploma in Visual Arts I began again to use the camera as an essential adjunct to my painting. I painfully discovered thought that this is a fraught relationship. A great photograph does not necessarily, or maybe ever, translate into a great painting. The best paintings are made from direct observation, if realist, or straight from the imagination, if abstract. I am still struggling to work out, theoretically and in practice, why this actually is. My large collection of reference photographs for my paintings are something I go back to every once in a while, trying to see just why they never worked when translated from one medium to the other.

This personal history has totally influenced my approach to photography today. Everything I take is pretty much spontaneous, depending on the scene and context. If conditions aren’t right I don’t take the picture. I switched entirely to digital about ten years ago, and now have several cheap point and shoot cameras, which are OK for family shots or travel photos. But in 2011 (I think it was) I fell madly in love with the camera I use now – a SLR Sony Alpha Nex-5 mirrorless. This offers full manual controls but also a fantastic choice of automatic settings. The Intelligent Auto setting prioritises ISO speed which will easily go up to 3000 so you can shoot in very low light. Sometimes it’s a bit grainy but the flexibility and instancy of the shoot more than makes up for this. Sony Nex-5N (above) joined the Sony Nex-5 (below). The interchangeable lenses are very good. I use the 18-50 mm.

I love this camera to bits and am deeply saddened to learn that Sony has discontinued making this style of camera. There are a couple of new Alpha models which are much more expensive. What I like about the Sony Nex-5 Nis that it is so light, unobtrusive and reliable. Much as I admire the beautiful work people are doing on super-expensive digital SLRs such as the Nikons many choose today – with their super-high prices – I just don’t want to be so tied down by the camera and its equipment. My years of ethnographic photography have made me want to take photographs just at the moment when I feel the time is right. Even a still-life or landscape seems to offer one moment as better than another for a particular shot, whether it’s due to a change in light or change in my own personal feelings as I look at the scene. That’s when I want to take the photo. They don’t always work, of course, but I don’t think I will ever be able to move to a more formal method.

However I am very interested now in resuscitating my practice with black and white film in a 35 mm camera. If the Pentax I have in storage is still operational, I plan to begin again with the old-style slower black and white film – Ilford is still available – and try my hand at nature and landscape shots in black and white. I can see that my interest in the relation between painting and photography leads in many directions. I have tried painting in monochrome and have studied the monochrome work of Gerhard Richter extensively. Photography is part of art now for me – not that I want to do classical “art” photography, but it is something about mood and light and emotion that the black and white photograph captures which seems to be unavailable in any other medium. I am very impressed by the photographs of Blackheath photographer Geoff Smith; his black and whites of the Blue Mountains bushland are  lovely. (From Art in America catalogue, current)